MOGAP 2022: An international experience for critical thinking and diplomacy! 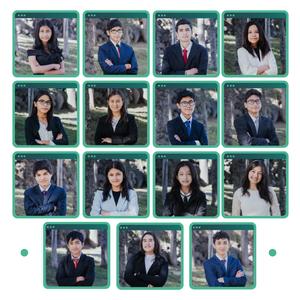 MOGAP is a space created by Prescott to train critical thinking in students of 7th to 11th grades, through simulation activities of the parliamentary procedures of the Organization of American States (OAS) and the United Nations (UN).

This experience challenges participants to search for peaceful mechanisms when it comes to solving problems at an international level, developing and boosting in them skills such as leadership, public speaking, diplomacy, public speaking, negotiation, reflection and teamwork.

At its 6th Edition held on May 13 and 14, 18 delegations from schools in Peru, Colombia, Mexico, Panama, Venezuela and Costa Rica, they had days of intense debates of ideas and development of arguments.

Prescott participated with a team of students from 9th, 10th and 11th grades, achieving the Award for the Best Delegation, as well as important Recognition to our Delegates. Prescott students and alumni led the event as member of the Secretary General, fulfilling their duties in different fields with excellence, responsibility and commitment: Congratulations to our participating students and the organizers!